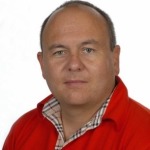 Founder and the CEO of the Leu AGRO Project.  A hands-on COO responsible for “on-the-ground” management, implementation and profitability of agricultural projects. Brings with him 30 Years of large-scale farming expertise, including experience in faming under extreme climatic and economic conditions.   Received higher education at the Technical Schools HF Wood / Civil Engineering, affiliated to the Bern University of Applied Sciences, Switzerland.

Previously managed western Canada’s grain farms. Later he has built and managed large-scale custom farming business in the entire central USA and Pacific North West.  As a technical manager, he was responsible for controlling and organizing operations.

Since 2009, he has been managing large-scale farming operations in the Black Earth Region of the Russian Federation.  He has been in charge of farming and agriculture operations in excess of 100K ha, for companies like Agro Invest (BEF – Lipetsk and Tambov Region) and Olam / Rusmolco  (Grain and Dairy Operation in Penza Region). 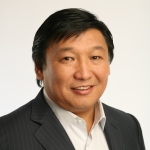 Zorigto has a relevant experience in agriculture, including in executive positions (AGRO-Invest Group).

Zorigto is equipped with the expertise and logistics capability to successfully coordinate with government and regulatory agencies, e.g. negotiations, acquisition of license (subsoil) and other permits, approvals for transactions involving the foreign investors in entities with strategic importance.

At present, Zorigto is a shareholder and a member of the Board of Directors of IG Copper – the majority shareholder (51%) of Amur Minerals LLC (Khabarovsk, Russia) – discoverer of the Far East’s largest deposits of gold and copper Malmyzh. The Malmyzh project is recognized as the best exploration project of the year in Russia according to Russia Mining 2015.

He was ranked in the annual rankings of “Top 1000 Russian Managers” in category “Top 100 leading business lobbyists” according to “Kommersant” – leading economic publishing house in Russia (2013-2015).

Zorigto holds a PhD in Economics from European Academy of Economics and MBA from The Russian Presidential Academy of National Economy and Public Administration. 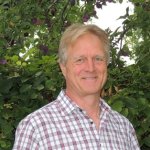 Sture is an agronomist with over 20 years of experience.  He has developed innovative farm practices and technologies that boost economic crop yields, control pests and weeds.

He has been an adviser to many European and Russian farmers, companies, and others members of the AG community to implement the latest methods and tools for growing crops profitably and sustainability.

Since 2012, he has been running Sture Gustavsson Management AB, where he has been consulting internationally within the agriculture sector.  Previously, he has served as a CEO and a chief agronomist at Black Earth Farming, which was among the first foreign-financed companies that undertook investments in the Russian agricultural sector. He also was a managing director of Mellersta Sveriges Lantbruks AB – a wholly-owned subsidiary of Investment AB Kinnevik, which operates farms in Sweden and Poland.

Sture has a degree in farm management from the Swedish University of Agricultural Sciences. 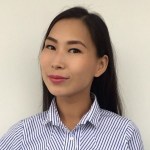 Dangina is Lawyer with more than 7 year’s extensive experience in litigation, real estate sale and purchase transactions. She is regularly involved in due diligence matters, with extensive know how and experience in transactions involving factories and infrastructure projects.

Dangina holds Specialist Law Degree from the National research university Higher school of economics.  She Participated in legal seminars for lawyers at the headquarters of the Council of Europe (Strasbourg, France).

Dangina is fluent in Russian and English language. 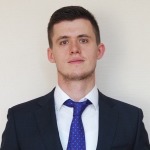 Alexander brings with him more than 7 years’ experience in finance industry, were he has started as an auditor and later management consultant in EY, working in Russian companies like RZD, Togliatti Azot, Rostec. Among the initiatives provided, was the optimization of business processes and cost cutting.

Alexander worked with budgeting at SIBUR subsidiary, Russian largest petrochemical company, preparing and consolidating budgets of several refining plants. Later he has been CFO at Gazprombank subsidiary, specializing on private equity and with responsibilities in cash flow planning, projects development and taxes. Parallel to his role as CFO he also participated in Revision committees of several Gazprom Bank’s subsidiaries.

Alexander has earned a master’s degree of the Financial University under the Government of Russian Federation (specializing in international accounting and auditing), and a Bachelor of Economics of Lomonosov Moscow State University. He also possesses Diploma in Management accounting of CIMA certification.

Alexander is fluent in Russian and English Language.